How to Be Nice When You’re Mad As Hell

What Are Soulmates and How Do You Know If You Have Found Your Soulmate?

Six Great Black and White Christmas Movies You May Have Missed

I could have named this article “I’m Dreaming of a Black and White Christmas” but despite being terribly clever, I doubt whether it would have gotten the message across.

I also realize that there are scores of classic Christmas movies out there, including timeless old black and white favorites such as “It’s A Wonderful Life” starring Jimmy Stewart and Donna Reed, “Miracle on 34th Street” starring Maureen O’Hara and a very young Natalie Wood”, and “A Christmas Carol” starring Alastair Sim, but most of you savvy readers are well familiar with those films. So, I’ll just get on with it and present some lesser known, but equally worthwhile Christmas movies, every one in glorious Black and White; every one worthy of becoming a Vintage Collectible as most classic DVD's are now sold in the colorized versions.

Please note, Amazon colorizes their DVD boxes, but the DVDs featured here are all in B&W. 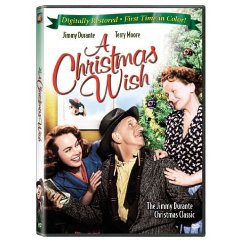 This is a really bizarre comedic Christmas story starring the great ‘schnozzola' himself, Jimmy Durante. The film was considered a modern marvel when it was released in 1950 because of the special animated “effects” by film pioneer George Pal. Rupert the trained squirrel is our hero who comes to the rescue of a down-and-out family of vaudeville performers in the depths of the Great Depression. Durante’s low-brow wise cracks are second only to Groucho Marx’s one-liners.This film is definitely squeaky-clean family entertainment.

It's in black and white; don't let the DVD packaging fool ya! 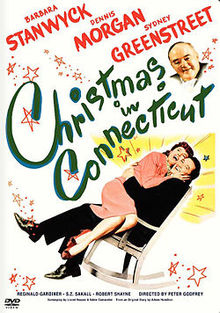 If you don’t already believe in reincarnation, you will after seeing this movie. Barbara Stanwyck’s character Elizabeth Lane, a sardonic, Connecticut-dwelling celebrity chef and columnist for Smart Housekeeping Magazine, parallels Martha Stewart’s persona in more ways than today's general public is privy to. Elizabeth is adored by fans and famous for being “America’s Best Cook”, but she’s spends one Christmas dodging reporters who have a sneaking suspicion she’s not all that she’s cracked up to be. “Christmas in Connecticut” is screwball Christmas comedy, classic Stanwyck and lots of good fun. 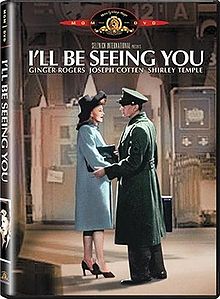 This romantic wartime Christmas movie has been called “corny”, “schlocky”, and “overly sentimental”, but hey, what’s more fun than getting together with friends, drinking eggnog and doing your own sarcastic commentary. Ginger Rogers plays a woman out on Christmas leave from prison and Joseph Cotton portrays a mentally scarred Sergeant just out of the hospital. Now how classic is that! The film also features 16-year-old Shirley Temple. If you haven’t guessed by now, “I’ll Be Seeing You” takes its title from the popular WWII tune which sets the mood to a tee. It’s all good nostalgic Christmas fun, not without reward. The movie actually delivers the important message that none of us are perfect…kind of like the film itself. 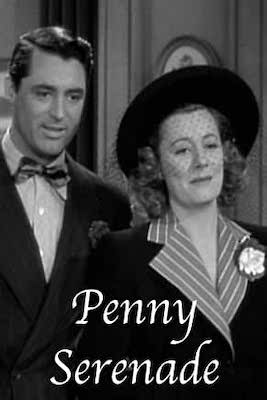 Perhaps the saddest Christmas movie of all time, this black and white film stars Irene Dunne and Cary Grant. When it was released,  critics called it “a women’s weepy picture”  because there were some major Kleenex moments and there still are!  But all that aside, “Penny Serenade” is a charming family Christmas story about a childless couple experiencing the trials and tribulations of adoption and parenthood. 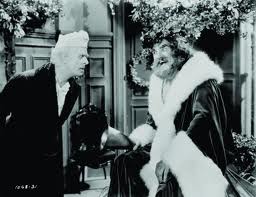 In this humble reviewer’s opinion, this version of the Dickens classic Christmas story, starring Reginald Owen is a lot more genuine than the exuberant 1951 version with Alastair Sim. I remember watching it every year on television and being terrified at Marley’s ghost (played by Leo G. Carroll). The original version now available on DVD in glorious black and white includes a special treat! – the original theatrical trailer and two festive vintage featurettes: Jackie Cooper's Christmas Party and Judy Garland singing “Silent Night”. Also included is a brilliant, Oscar®-nominated cartoon, entitled, Peace on Earth. This one is sure to become a collector's item.

And For Something Really Different ……

How about the 1955 television version of “Amahl and the Night Visitors”? 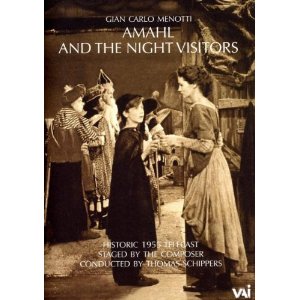 Here’s vintage television at it’s best.“Amahl and the Night Visitors” aired on NBC’s Television Opera Theater and was shown at a time when barely one in three households had a television. Written, directed and staged by the promising young composer, Gian Carlo Menotti, this poignant, beautifully performed opera is stunning even in an early television format. The opera tells the timeless Christmas story of the Three Kings visiting the cottage of a poor shepherd's widow and her crippled son. I still remember seeing this Christmas treasure on TV as a small child.

Do You Have a Favorite Black and White Christmas Movie? Please share it with our readers by commenting below.

You May Also Enjoy…

“Four Irish Comedies You May Have Missed”