Six Great Black and White Christmas Movies You May Have Missed

How to Be Nice When You’re Mad As Hell 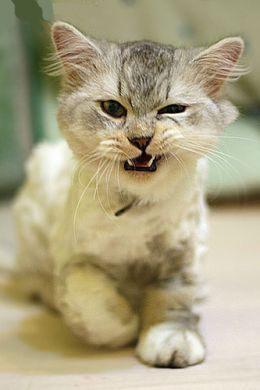 When I was a little girl, I always thought of my parents as being “nice” people. They had lots of friends, and they were happy most of the time.

My parents taught me to be nice too. “Don’t be argumentative” (because adults know best). “Don’t fight with friends” (just play nice). “Don’t be disagreeable” (people won’t like you and that’s really important) and above all, “never lose your temper”. Crying was an acceptable substitution and sometimes it got you somewhere, but in my case, it became far less effective, as I grew older.

It took me many years to realize just how nice I had become and strangely enough when I did arrive at that realization, I was greatly disappointed. Angry even. Nice people aren’t always powerful people, at least not in the business world. Although I held a position in upper management at a large corporation, I soon discovered that being nice wasn’t going to get me the promotion I deserved.

Exerting Your Power Is Tough for Nice People

Nice people are almost always perceived as being happy, tolerant and well-adjusted, so even raising one’s voice is usually regarded as being excessive and out-of-character. The exploding nice person looks ridiculous, dare I say, somehow “wrong”. I have been there and it’s maddening. It’s also unhealthy.

Perhaps health has something to do with the emergence of the friendlier, American female business executive. The black suited, aggressive female CEO has lost ground; making way for a more agreeable executive – one who can create a more likable, “relatedness” with both subordinates and colleagues. I applaud that notion; after all, I was that kind of executive. I guess I missed the boat by 10 years. Today, however, one can successfully incorporate those same methods wherever you do business, even at home.

So how does a nice person deal with being mad as hell? How does one express oneself and still maintain the integrity of their true persona?

As a Nice Person, I’ve Experimented with Several Methods

Some methods work better than others, but when they do work, it's very rewarding.

One of the most mature ways to deal with a troubling situation is to get over it. If you are together enough to believe in a timeless world where there is no past or future, you’ve got it solved; after all, you’re ok in the present moment because whatever is bothering you has either happened or will happen sometime in the future. So just detach yourself and choose to live in-the-moment. Why bother wasting energy on it? Problem solved.

A great many of you will say, “hogwash” to this method. “I’m human, not some spaced-out guru” – and you may have a point.

For those of you who require something more grounded, I’ll suggest another method that involves dealing with the object of your anger in a clever way.

The Power of Relatedness

If you’re angry with someone, and you want to express how you feel without inciting an argument, begin by being compassionate, and by relating to their side of the story, then when they feel empowered, express your own feelings without making them wrong. Here’s an example.

Boss: I really understand your situation. You’ve been working long hours, and you have to deal with difficult clients. When you’re stressed out, it’s challenging to be accurate, attentive and caring.

Employee: You’ve got that right! I'm extremely stressed out, especially since my son has been in trouble with the principal at school. Also, you know that my last assignment was a nightmare because the client never returned my phone calls.

Boss: I don’t know if you’re aware of it, but I’ve been putting in some long hours too and what’s more, I feel as though my team is letting me down. Right now, I’m wrestling with a difficult situation that would force me to make some serious changes. I hope you can see things from my point of view as well.

Without writing a short novel, I trust you get the idea. Expressing your own feelings, without criticizing the other person for being the incompetent jerk that they are, will often short-circuit a heated argument. That’s because, no one can deny you your feelings.

Another method is simply to show compassion, by saying, “How can I help”?

It’s not always easy, but it’s not as tough as the method of higher consciousness expressed in Method #1. Anyway, if the conversation does result in the exchange of positive energy, you both win, and the object of your displeasure will realize you are a nice person.

So whether you’re a woman testing out the preferred corporate image, or just a regular Joe who is, to quote Peter Finch in the classic film Network, “mad as hell and not gonna to take it anymore”, arguing nicely, and is worth a try.

Here Are a Few Words of Wisdom on Which to Ponder, When You’re Mad as Hell: