Designers Are Bringing Back the Glamour of the Past

How to Smoke Your E-Cigarette in Public

Is Modern Furniture and Modern Interior Design a Worthwhile Investment?

The Modern Consumer Is a Savvy Investor 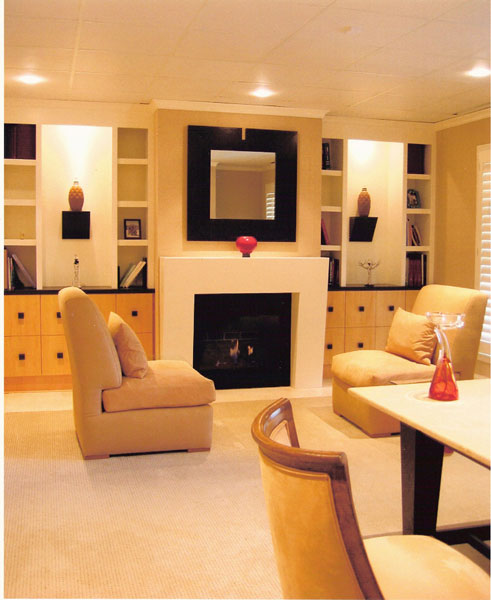 According to Cb Miles, principal designer at the award-winning interior design firm, Miles Design, “Years ago clients were reluctant to choose a modern interior design plan that included the placement of modern furniture.  Modernism was dismissed as being too transient; in other words, modern furniture was not considered to be a worthwhile, lasting investment.”

Many consumers had the perception that new designs were fleeting and if acquired, they would surely need replacing in a few years.  According to Miles, some even went so far as to believe in the absurd notion that modern furniture and furnishings were acceptable to only liberals and extremists and they most assuredly did not want to be associated with such riffraff.

Times have changed and so have other smart professionals and homeowners who appreciate the advantages and value of a modern environment at home and at the corporate office.

Modernism is now synonymous with the ergonomics of the way we live today –  from the way we entertain friends, ourselves and our associates, to the practical aspects of comfort, economy of space and the use of sustainable materials. A beautifully designed modern space is totally ergonomic, showcases your good taste and enhances the value of your investment.

Modern Furniture Already Has a History

The history of furniture styles is an extensive subject; one I choose to leave to the historians; however, one cannot help but muse over the fact that most traditional furniture styles (with the exception of early American designs) were commissioned by royalty, while modern furniture styles were designed for an individual client’s practical needs and artistic taste. The emergence of individual custom styling for the simple working man is itself a very modern concept, but it's far from new. It began at the beginning of the 20th century.  Furniture we consider today as being “classic modern” was designed by European and American architects and artists nearly 100 years ago. One can’t argue with that kind of longevity.

The Value of Modern Furniture Design

The now classic styles of the Renaissance, Regency period, Rococo, Art Deco and every surrounding epoch were once considered “modern” for their day. Some were even deemed radical, ungainly, overstated and without lasting value. Although the original designs were commissioned by the aristocracy, savvy consumers who recognized and appreciated the work of classic craftsmen and furniture designers, became the new owners of those era’s modern classics. The same may be said of today’s modern furniture designs.

So the answer to the question, “Is Modern Furniture and Modern Interior Design a Worthwhile Investment?”  lies in one’s astute evaluation of the furniture and interior designer as a true artist; one whose designs are both current and timeless.

Who are the Classic Modern Designers of Fine Furniture?

Here’s a short list of the now classic furniture designers of the twentieth century.

-Eero Saarinen – Designer of the “Tulip” Chair. He had three design principles – Function, Structure and Being part of our time.

Outstanding modern interior design firms can secure original reproductions of modern classic furniture for their clients and they can create custom furniture designed for a client’s individual needs and taste. Those designers, who have received industry awards for their work hope to one day join the list of the world’s classic modern furniture designers. Until then, their creations have a power and timelessness of their own and the potential to become a highly valuable investment.