Can Laughter Be Better Than Sex? 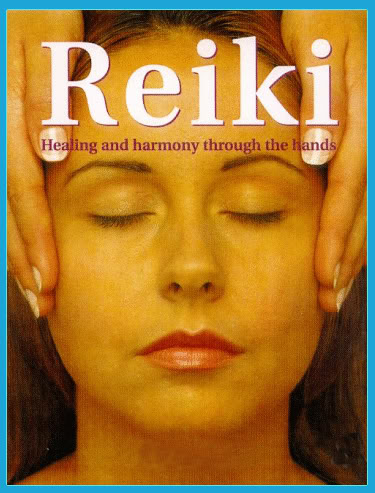 After decades of often disputed validity, the effectiveness of Reiki , a holistic energy treatment is gaining new respect within the medical community. Not only are highly reputable medical facilities throughout the U.S. offering patients alternative healing programs such as Reiki, those facilities are analyzing the benefits of their programs and are submitting them for review and compilation. The results of these Reiki research studies are nothing short of remarkable.

A Brief Explanation of Reiki

Reiki is an energy healing  treatment that works holistically; on the whole body, mind and spirit. Not a system of religious beliefs, Reiki is simply a relaxing treatment whereas natural healing vibrations are transmitted through the hands of a Reiki practitioner (acting as a conduit) to the body of the recipient. The purpose of a Reiki treatment is to relieve stress and pain, induce relaxation, release emotional blockages, accelerate natural healing, balance subtle bodies energies and support other medical modalities including traditional therapies.

The International Center for Reiki Training has estimated that there are 4,000,000 people throughout the word who have taken at least one level of Reiki training. There are three traditional levels of expertise.

Today, Reiki education is offered free of charge in more than 800 American Hospitals as a means to accelerate the healing process and to alleviate pain.

Why Reiki Has Been Discounted

For years Reiki , along with other methods of holistic therapies were looked upon with disdain, even contempt from medical associations, practitioners, mainstream scientists and clerics. The idea that the human body was permeated or surrounded by an invisible, etheric body of “life force energy” was considered to be no less than nonsense.

These negative conclusions were formulated on the premise that “life energy” fields such as those accepted in China as Chi or qi , in Japan as ki and in India as prana , were “unseen” and “immeasurable” by traditional research or scientific instrumentation.

But now all that is changing.

There's never been a comprehensive list of controlled, evidence-based research that was accessible to the holistic, medical, and scientific communities. It wasn’t until 2005 when William Lee Rand, founder and president of the International Center for Reiki Training and a pioneer in worldwide Reiki awareness formed the Center For Reiki Research and developed what is now known as The Touchstone Process .

What is The Touchstone Process?

The Touchstone Process is actually a peer review method for analyzing the current state of scientific studies done on Reiki programs in hospitals, clinics and hospice facilities throughout the United States. The process of critique is rigorous, impartial, and consistent and incorporates the best practices for scientific revie

William Lee Rand began formulating The Touchstone Process after developing the Reiki In Hospitals program in 2003. The program evolved into the Center for Reiki Research in 2007.

The Touchstone Process is unique. Never before have there been so many worthy studies of Reiki gathered, analyzed and evaluated within a single source.

The most recent data analyzed (during 2008-9) shows strong evidence that Reiki is indeed responsible for a positive biological response in both humans and animals.

The strongest evidence (rated “excellent” in the Process) was reported in the most carefully controlled of all experiments; non other than laboratory rats. In both 2006 and 2008 stressed-out lab rats received Reiki treatments and they all showed significantly reduced stress, anxiety and depression responses. “Sham” or bogus Reiki treatments were given to the placebo group and they showed no reduction in stress, anxiety or depression.

Testing in humans performed between 1993 and 2006 showed ratings from Satisfactory to Excellent, all suggesting that the benefit of Reiki treatments were positive in controlling pain levels in humans. There were some “confounding variables”, which is typical in hospital (as opposed to laboratory) studies; however, the placebo Reiki treatments in this experiment were by contrast ineffective in controlling pain.

Other examples of Reiki studies performed in hospitals and universities may be found on this related site for Reiki research. 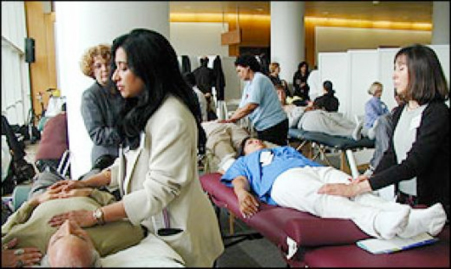 It’s interesting to note that Columbia/Presbyterian was one of the first hospitals to offer Reiki as part of their Integrative Medicine Program (CIMP). The now famous cardiovascular surgeon, Dr. Mehmet Oz brought tremendous attention to Reiki when he invited Reiki practitioners to treat patients during open heart surgeries and heart transplant operations. Dr. Oz is often quoted as saying, “Reiki has become a sought-after healing art among patients and mainstream medical professionals.”

There have been many other controlled studies submitted to peer-journals and to The Touchstone Process for review. Ailments and disorders that tested favorably to Reiki treatment include:

2. Cognition in elderly, related to dementia/Alzheimers

As of 2009, The Touchstone Process has evaluated 25 test studies that appeared in peer-review journals evaluating the merits of Reiki Treatments. Taking into consideration only the most rigorously controlled studies, the team reported that 83% showed moderate to strong evidence in support of Reiki as a viable, therapeutic healing modality.

Only one study proved solidly negative and that was for the treatment of fibromyalgia-associated pain levels. As is the case with conventional drug treatments, not all therapies prove to be effective.

Despite these findings and the impressive number of highly reputable hospitals offering Reiki Treatments to patients, there will be those who continue to deem Reiki and other forms of energy-medicine as being “nonsensical”.

As recently as 2009, reviews of randomized studies”of Reiki research conducted by Edzard Ernst, M.D., Ph.D. and his colleagues at the University of Exeter, concluded that most were poorly designed and presented insufficient evidence to suggest that Reiki was an effective method for healing any condition.

That same year, the United States Conference of Catholic Bishops came out with a statement urging Catholic health-care facilities and clergy not to promote or support Reiki therapy. They issued a statement emphatically concluding that Reiki cannot be an effective method of healing “within the findings of natural science or in Christian belief”.

One can only look to the future of science and the evolution of scientific testing, evaluation and responsible reporting which began with The Touchstone Process to alter these perceptions.

The good news is that in a press release dated Sept. 15 th, 2008, The American Hospital Association President and CEO Rich Umbdenstock stated, “”Complementary and alternative medicine has shown great promise in supporting and stimulating healing. It's one of the many tools hospitals look to as they continue to create optimal healing environments for the patients they serve.”

According to a 2008 AHA the survey, 84 percent of hospitals indicated patient demand as the primary rationale in offering complementary and alternative medicine (CAM) services including Reiki and 67 percent of those surveyed stated “clinical effectiveness” as their top reason.

In addition, the American Medical Association (AMA) has added Complimentary and Alternative Medicine (CAM) treatments to their directory of billable procedures.

Read this 2020 Article in The Atlantic:  Reiki Can’t Possibly Work. So Why Does It?

“I find the practice of Reiki very rewarding, as a practitioner. Patients have reported deep relaxation and a sense of profound healing, after one session. I feel that Reiki is a huge asset for any hospital setting, because patients sense that they are in a truly caring environment.”

As Reiki continues to become “a huge asset” for the hospital setting, analytical reporting such as The Touchstone Process continues to add to the much needed pool of evidence that Reiki is indeed a worthy, effective method for facilitating the healing process; one that can contribute to the betterment of patients everywhere and to the betterment of our health care systems.

If you reproduce this article, please credit Green Lotus with a link to https://savvyexaminer.com/?p=1379. Thank you!